We've worked for many years with RVTD helping them bring their services to their online presence. They serve our valley and community in a very important way

The Rogue Valley Transportation District continues a tradition that began in 1891 with a single track of passenger rail line connecting the county seat in Jacksonville with the railroad town of Medford. By 1915, the White Pennant Auto Line had begun running nine-passenger touring cars four times a day between Medford and Ashland. In 1920, the Ashland-Medford Auto Line was charging 50 cents for the 34-minute journey and passengers were given “good, comfortable robes” to wear.

During the Second World War, Rogue Valley Transit offered bus service for tens of thousands of soldiers and workers stationed at Camp White, where White City is today. “Save Tires and Gasoline,” exhorted company ads, which reminded readers, “Your car should be used sparingly as you probably won’t be able to get a new one for a long time to come.” 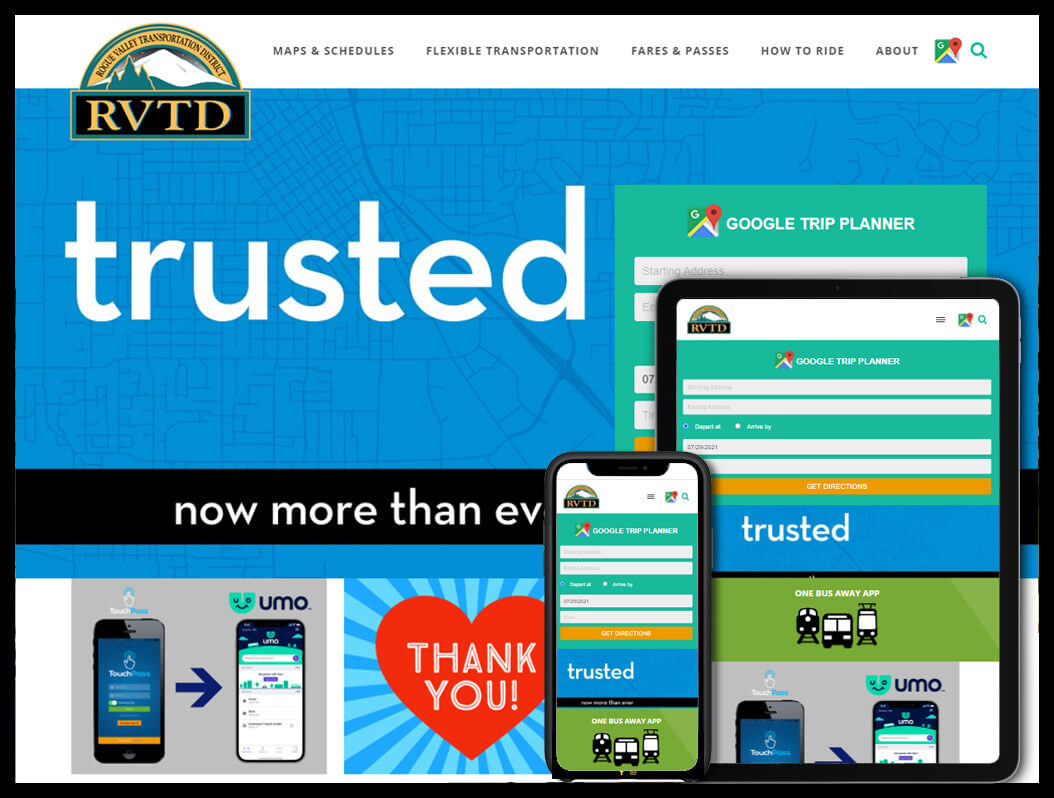 The round-trip fare from Camp White to Medford was 40 cents. Valley transit service during the fifties and sixties was offered through private firms such as Evergreen and Mt. Ashland Stage Lines.